Charles Darwin was acutely aware that some animals seemed, on first impression, to behave in a way that was at odds with his theory of evolution by natural selection. Social insects were a particular concern. Often, large numbers of ants or bees in a colony are sterile. If natural selection is based on the idea of traits passed down the generations, how could the trait of “sterility” survive and prosper? In his book On the Origin of Species, Darwin suggested an explanation.

Darwin began by speculating that some fertile animals may carry the means to produce sterile offspring if they need to. He then went on to suggest that such sterile offspring might, through their activities, help their fertile peers to prosper. If they did so, then the animal population as a whole could thrive and evolve. In a funny, indirect way, sterile worker ants would help perpetuate the survival of sterile worker ants – using fertile ants as a conduit.

In the 1930s, once biologists had married the science of genetics and the science of natural selection, they modified this idea slightly. Ronald Fisher and JBS Haldane reasoned that evolution is really about the survival of genes rather than individuals . The insects in a colony are closely related, which means sterile individuals carry very similar genes to their fertile siblings. If sterile workers altruistically help fertile individuals to survive and breed, the sterile workers “win” too – genes very similar to their own survive and replicate through their fertile peers. The concept grew in popularity. In the 1960s, John Maynard Smith gave it a name: kin selection.

To understand the concept of kin selection it might help to look at the human body from a different perspective. Imagine one of your toes becomes infected with a nasty pathogen. The doctors give you a choice: have the toe amputated or let the infection grow and spread, putting your life at risk. Clearly, amputation is the best option, even though this involves “sacrificing” all of the human cells in the toe. Now imagine each of those cells is actually an individual animal living in a tightly knit family group. It makes evolutionary sense for some of those animals to sacrifice themselves if doing so ensures the survival of the group as a whole.

It’s what’s on the inside that counts. If two or more individuals have a large number of genes in common then, from an evolutionary perspective, these multiple individuals are effectively a single entity – a kin group. 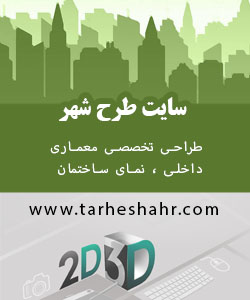