The theory of evolution by natural selection – Why Darwin matters 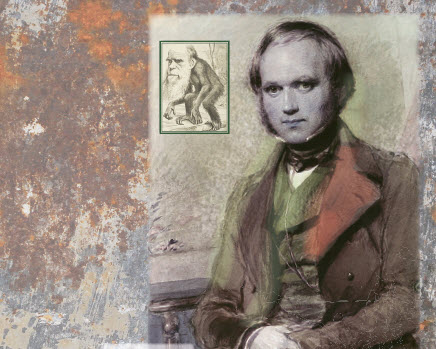 Most people have heard of Charles Darwin. In the 1830s, Darwin traveled to exotic lands on the Royal Navy ship HMS Beagle. Among many observations he made, Darwin noticed how much variability there is in the natural world, and the difficult struggle for existence individual organisms face.

A couple of years after his return to England, Darwin read an essay by economist Thomas Malthus, which painted a bleak picture of humanity’s future: populations could double with every passing generation, but food production would fail to keep pace, leading to starvation for many – another struggle to survive.

Darwin suspected that a Malthusian-like struggle plays out in the natural world, and that this struggle could form the basis of a mechanism through which new species evolve.

Perhaps surprisingly, Darwin didn’t rush to publish. He shared his ideas with friends, who suggested the argument could be made stronger with a larger body of supporting evidence. Darwin took the advice, and spent several years studying species to gather such evidence.

Then, in the 1850s, he received word from another scientist working in Indonesia. Independently, Alfred Russel Wallace was homing in on a very similar view of the evolutionary process. In 1858, a scientific society in London heard letters from both Darwin and Wallace explaining the new idea. The following year, Darwin published a lengthy book setting out his evidence for evolution by natural selection. On the Origin of Species became famous. Darwin’s reputation was sealed.

Darwin was influenced by his voyage on the Beagle and reading Malthus’s work.

Darwin realized that organisms often give birth to large numbers of offspring. There is variability among those offspring: some might have slightly longer limbs or sharper eyes, for instance. Most individuals will struggle to survive, but a lucky few will have features that make it easier for them to flourish, so they will prosper and breed – they will be naturally selected. Darwin assumed these individuals’ offspring would inherit some of the beneficial features, and so over time these features would become more common in the population. Gradually, the population will evolve into a new species characterized by the new features.

Some individuals are just inherently better suited to their environment than others. They are more likely to survive and breed.

Consequently, they have more influence on the evolutionary trajectory of their lineage.